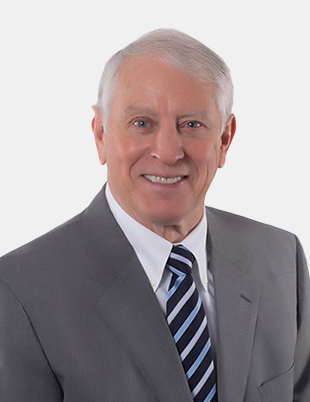 Jim George joined PHH in 2000. Upon his retirement from the Air Force in July of 1987, Jim was selected as one of the first retired military pilots to be hired by Delta. Jim served the pilot group as a Delta Pilots Mutual Aid (DPMA) Trustee for over eight years.

As DPMA Treasurer, he established the initial financial structure, processes, and procedures for the separation of DPMA funds from Delta Air Lines. Jim also served on the Los Angeles Council Retirement & Insurance Committee in 2003 and 2004, and was the LAX R&I Chairman when he retired from Delta in 2004. His airline career included positions as a B-727 Check Engineer and as a B-737 Lead Line Check Airman. He was based in Dallas, Orlando, Atlanta, and finally in Los Angeles, where he flew Captain on the B-757 and B-767 for four years.

Jim graduated from the USAF Academy in 1967 and served 20 years on active duty in the USAF. His Air Force career included over 200 combat missions in Southeast Asia, tours of duty in the training command, overseas, and in various fighter assignments, including commanding an F-16 squadron. During his Air Force career, Jim also held staff positions on the faculty at Squadron Officers School, as a General’s Aide, at the Pentagon, and in the Office of the Secretary of the Air Force for Financial Management. Jim is a graduate of the Army War College and earned a Master’s Degree in Guidance and Counseling.